In order to conduct effective background investigations, it is important to consider adding social media to the mix. With more than 5.4 billion users on Facebook, YouTube, Instagram and Twitter, social media sites are a wealth of information about the candidates applying for jobs at your company and the employees who work for you.  According to the book, “Social Media Investigation for Law Enforcement,” 88.1% of law enforcement agencies used social media out of the 800 law enforcement agencies surveyed in 2011. In addition, more than half reported social media helped solve crimes.  A 2014 study by LexisNexis found that 73% of officers believed that using social media helped solve crimes faster.

What can be found in a Social Media Hiring Report?

A York University faculty member was fired for allegedly sharing anti-Semitic posts on his public Facebook page. If your company is trying to establish a workforce that shares a core value of integrity and tolerance toward others, screening a candidate’s social media presence can alert decision makers to a possible applicant who may not be a good fit. Screening a person before they are hired is preferable to firing someone who already works for you. However, it’s also advisable to run social media checks on current employees to stay aware of potential red flags or problems lurking in the background.

People.com reported the story of an applicant who was given a job offer and told all he had to do was pass a drug test. Shortly after, someone at the company saw his Facebook post that read, “S***! Anyone know how to pass a drug test in 24 hours?!”  Needless to say, this person was fired before they were hired!  Other types of illegal activity that are typically posted online include references to buying, selling or taking drugs. A simple social media scan as part of your background investigation process can avoid hiring a candidate with problematic behavior.

A postal worker announced on Facebook that she wanted to kill her boss and provided disturbing details of how she would do it. She was not only fired but the Feds showed up and questioned her. As mentioned, law enforcement will scan social media to thwart acts of violence. In Connecticut recently, a young man was arrested after authorities said he expressed interest on Facebook of committing a mass shooting. He was found with large capacity magazines which made them believe these were not just idle threats.  With workplace violence an ever-present danger, performing social media scans in order to conduct effective background investigations will assure your current and potential hires do not have violent tendencies and extremist, radical beliefs.  Checking a candidates online presence is an important step to make sure your company and the people who work for you are safe and your pre-employment screening process is efficient.

While it’s probably not appropriate for any position, some jobs demand a higher level of social responsibility. For example, a math teacher who had access to children posted near-nude photos of herself, used sexually suggestive language and tweeted about getting high. In addition, she shared that she had marijuana in her car which was parked in the staff parking lot. She was first placed on administrative leave and then fired. Including social media hiring reports in the background investigation process can confirm that job candidates and employees are behaving in ways that are aligned with the corporate culture. It is better to know and deal with the problem now then later when the situation could become public and rather embarrassing.

Social media hiring reports help companies protect and manage their reputation, enhance workplace safety and protect information security. The more you know about who is working for you or coming on your premises, the safer your company will be. According to CareerBuilder’s 2017 National Survey, “70% of employers use social media to screen candidates, up from 11% in 2006.” All searches must be conducted following EEOC and FCRA guidelines taking privacy matters into consideration with Federal and State protected classes redacted. In addition, it is important to secure appropriate consent, use a third party to conduct the research and document all steps and searches.

Many industries have taken advantage of the trend to include social media investigations in their background checks. According to Jonathan A. Segal, contributing editor of HR Magazine, “Social Media is no longer cutting-edge; it’s mainstream. For HR to overlook it today would be like ignoring email 20 years ago.” As for current employees, it is important to set social media policies that set limits on what will and won’t be tolerated so that everyone has a clear understanding of what offenses can result in termination. Having a non-discriminatory standard process for all employees and applicants is a best practice to legally conduct social media background investigations and protect your company from risk.

To learn more about Social Media Hiring Reports or to view a sample report, click here. 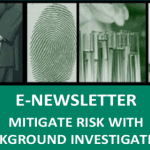 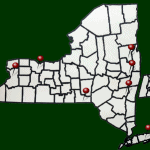