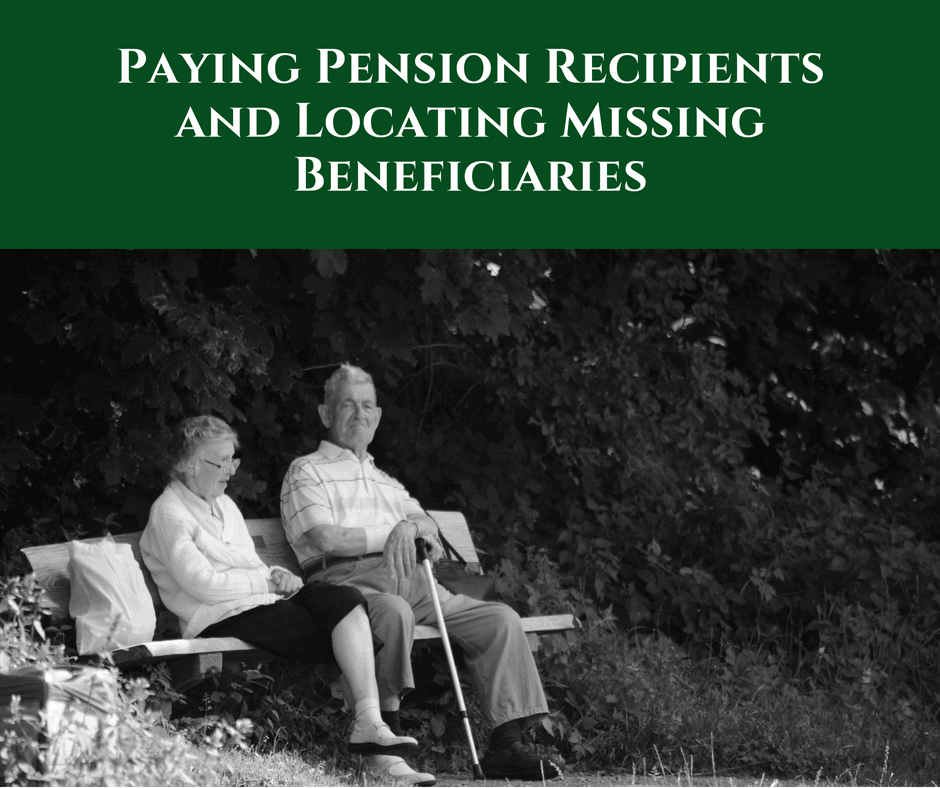 As you might have heard in the news recently, MetLife has been sued by the commonwealth of Massachusetts for their failure to properly pay pension recipients who had incorrectly been deemed “presumed dead.” According to the pension agreements, MetLife was responsible for retaining enough capital to be able to pay out the funds until the pensioners reached 72 years of age. Part of the lawsuit revolves around the fact that some of the funds that should have been in reserve were cut loose and instead used to make the company’s bottom line look better than it was. In December 2017, MetLife admitted that it had also somehow failed to keep tabs on tens of thousands of pensioners they should have been paying.

Failure to locate pension beneficiaries is not the only problem that crops up with administration of these funds. Another large news story, that of General Electric’s $31 billion pension shortage, hit the news early in 2018. More than 600,000 former employees of the company are relying on payments that GE simply cannot make, thanks to a pension deficit that’s over $11 billion worse than the next-most problematic company of its type. Since this news broke, GE has been removed from the Dow Jones Industrial Index. Clearly, the failure to properly administer pension funds can have severe ramifications for businesses, from lawsuits to financial ruin and loss of reputation.

There are, of course, a number of laws surrounding pension plan administration. The funds that pension beneficiaries are promised absolutely must be held in reserve. They cannot be used for other things or to pad the bottom line, as seems to have been the case for both MetLife and General Electric. In addition, there are laws that dictate what to do when a pension recipient has gone missing.

The Employee Retirement Income Security Act of 1974 (ERISA) is a federal law that sets minimum standards for most pension and health plans in private United States industries. The aim of this law is to protect beneficiaries. A 2013 advisory council on ERISA spoke specifically to the issue of missing pension recipients, and advised that the Department of Labor oversee and encourage better administrative practices to prevent plan participants from getting lost in the first place.

The Pension Benefit Guaranty Corporation (PBGC), a United States government agency, searches for people who are missing, and they explain that they have found thousands of people owed pensions. Once they find someone, they pay the benefit owed or provide the information needed to claim the annuity that was bought for the person.

According to the PBGC, there are a number of steps that must be taken by pension plan administrators to properly treat cases involving missing beneficiaries. Due diligence in locating missing beneficiaries is required. If, after such a search, you still cannot locate an individual, you must either buy an annuity in that person’s name and send PBGC information about the annuity, or send an equivalent amount of money to PBGC for distribution when the participant is found. The website of this agency even offers an unclaimed pensions search. At the time of this writing, there were 71,951 individuals on the list.

PBGC also provides forms and instructions for filing a missing persons search. They note, however, that your diligent efforts MUST include the use of a commercial locator search.

Alliance Risk Group. offers commercial locator searches, and we can help your company find missing pension beneficiaries before you take the additional step of paying the PBGC to move forward with the search. Our powerful databases have access to information that the average person does not, so we are uniquely qualified to locate missing persons in an effort to help you do your due diligence and resume beneficiary payments.

Want to learn more about our investigative and locator capabilities? Contact us today for guidance and to get help pursuing the due diligence that is required by law.

Are you interested in reading more about the power of information in locator searches and background investigations? We invite you to explore our other blog posts and whitepapers here.