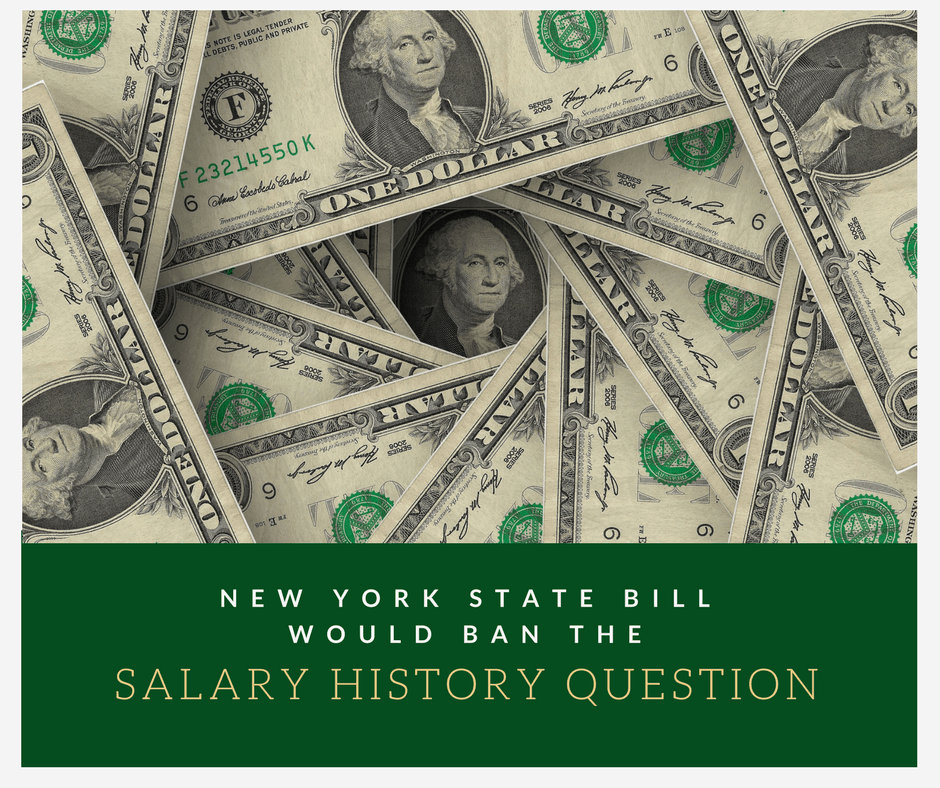 In New York State, Governor Andrew Cuomo has released a bill and sent it for approval to state lawmakers that would ban employers in New York from seeking wage and salary histories from prospective employees. Ideally, this bill would help mend the pay gap between men and women. According to Cuomo, “Pay gaps may start small, but compound and grow, especially when salary for a new position is based on prior salary history. As a result, discrimination carries over from job to job.”

In New York State, the reported gender pay gap is actually smaller than in any other state. However, according to recent reports, women who work full-time in New York earn only 89 cents on the dollar when compared to men in similar roles.

In the past, it was common to provide information about past salary history when completing a job application. What do salary history bans mean for your company’s hiring process? It’s possible, in fact, that bans may not mean very many changes at all.

For instance, an employee’s past salary might not actually indicate anything about their value as a worker. Employees take jobs at varying income levels for a multitude of reasons. If an applicant was making $10,000 less at their last job than the level at which you usually start employees, it could be because their spouse was a high-earner, or because they had recently changed careers. Similarly, an applicant might be looking to take on a new type of job, and might be willing to take a pay cut in the interest of trying something new. If you can’t offer the same compensation that they previously enjoyed, that doesn’t mean you should overlook them as a hire. Compensation decisions are complicated, so it might be that considering salary history is not always relevant when it comes to making a hiring choice.

If you are no longer able to ask questions about past compensation due to changes in legislation, consider revamping your employment applications to include questions of greater relevance to the positions you’re looking to fill. Brainstorm with employees in similar roles as well as with your HR department to determine what information might be more revealing about new employees. What questions could give you the most information about an individual? Try using those instead (provided they comply with the regulations of the FCRA and other employment laws).

While it should be the responsibility of your background investigation provider to stay in the know about things like new salary history bans, it can’t hurt to check up on your area’s laws and verify that your provider is following them.

Alliance Risk Group. is a full-service investigative firm that conducts best practice background checks in a variety of industries, regardless of your company’s size or geographic location. Contact us with questions about your area’s rules on salary history in employment applications! We invite you to browse our library of blog posts and whitepapers to gain a better understanding of the value background investigations could have for your organization.