Latest States and Cities to Join the Ban the Box Movement

According to the National Employment Law Project (NELP) website, several states and cities have recently joined the Ban the Box movement or have expanded their current laws. Ban the Box refers to the effort to remove the question about criminal convictions on a job application. The law advocates that employers consider a job candidate’s qualifications first without the shadow of a conviction or arrest record.

As of April 2019, 35 states, the District of Columbia, and over 150 cities and counties have adopted ban-the-box or fair-chance policy for public sector jobs.

Here are updates on the latest cities to join the movement:

(The source of much of the information below can be found in the NELP – Fair Chance Employment – Ban the Box Guide.

San Francisco, CA – The Fair Chance Ordinance which applies to private employers was amended in 2018 to include employers with a minimum of five employees, increasing monetary penalties, providing a private right of action, prohibiting employers from inquiring into conviction history until after a conditional offer, and prohibiting questions about, and decisions based on, decriminalized behavior. The amendments went into effect on October 1, 2018.

Kansas City, MO – Similar to the 2013 ordinance, this ordinance is applicable to private employers and was adopted on February 1, 2018.  It requires employers to delay inquiries about a job applicant’s criminal history until after the applicant is interviewed and determined to be otherwise qualified for the position. The ordinance also prohibits employers from basing hiring or promotional decisions on criminal history unless the conviction is “reasonably related to the duties and responsibilities of the position” and the employer has considered all information available, including the severity of the record, time passed since the offense, and whether the person has been convicted of multiple offenses. The ordinance excludes positions for which employers are barred by local, state, or federal law or regulation from hiring a person with certain past convictions. The ordinance went into effective on June 9, 2018.

New Orleans, LA – On October 18, 2018, the New Orleans City Council unanimously approved an ordinance to codify the 2014 policy and extend it to city contractors. The law requires city government employers (with few exceptions) to delay criminal history inquiries and background checks until after conducting applicant interviews and selecting up to three finalists for the position. At no time may an employer consider arrests; sealed, dismissed, or expunged convictions; certain misdemeanor convictions; or non-felony juvenile offenses. Employer must conduct an individualized inquiry and provide an opportunity to respond with additional evidence before reaching a final decision. Employers must also provide clear notice, keep record information confidential, and maintain all documents for three years. The Chief Administrative Office is tasked with enforcing the ordinance and conducting an annual audit of City hiring practices. The ordinance also extends to government vendors, making it unlawful for the City to renew or begin a contract, grant, or cooperative endeavor agreement with any company that fails to both comply and certify compliance with the fair hiring practices described in the ordinance.

Maricopa County, AZ (Administrative Policy Applies to County) This policy regarding background check after conditional offer of employment went into effect on January 1, 2018.  The Maricopa County Board of Supervisors unanimously voted to approve a new human resources (HR) policy (HR2435) that delays conviction record inquiries and background checks. With certain exceptions, the policy requires the county to postpone such inquiries until after the applicant accepts a conditional offer of employment. The applicant may not begin work until after a background check, however. If the county decides not to hire the person after a background check, the HR department will satisfy all Fair Credit Reporting Act (FCRA) requirements (which typically means that the employer must provide written notice and a copy of the background check report to the applicant).

Beaver County, PA (Resolution Applies to County) On January 25, 2018, the Beaver County Board of Commissioners passed Resolution 012518-30, which banned the box from applications for county jobs. Except for “public-safety-sensitive positions,” the County will not inquire about a job applicant’s record until after he or she is interviewed for the position. Furthermore, an applicant with a conviction record will have an opportunity to provide clarifying information, which the County must consider before making a hiring decision. The policy took effect immediately.

Westchester County, NY (Executive Order Applies to County) On April 9, 2018, Westchester County Executive George Latimer signed an executive order to prohibit questions about conviction history during the initial application process. The policy took effect immediately. On December 3, 2018, the Westchester County Board of Legislators passed a law prohibiting public and private employers (with the exception of law enforcement agencies) from asking about arrest or conviction history on an initial job application. The law requires that, before taking any adverse employment action based on an applicant’s record, the employer must analyze the record and the factors listed in Article 23-A of New York State Correction Law. The applicant may request, and the employer must then provide, a written statement setting forth the reasons for the denial, pursuant to Article 23-A, Section 754. The Westchester County Human Rights Commission is tasked with accepting complaints and enforcing the law. County Executive Latimer signed the law on December 4, 2018, and it took effect 90 days later (March 4, 2019).  Westchester County Press Release (Apr. 9, 2018), available here.

Forsyth County, NC (Resolution Applies to County) On April 12, 2018, the Forsyth County Board of Commissioners unanimously approved a resolution to remove conviction inquiries from most county job applications. The short resolution did not include many details, and instead “authorized the creation of a Fair Chance Employment Policy to ensure that the hiring practices of the County do not unfairly deny employment to people with criminal conviction records which are not job related.” That policy will be developed by the county human resources department and added to the county employee handbook.

Wilmington, NC (Ordinance Applies to City) On May 1, 2018, the Wilmington City Council unanimously approved a resolution and ordinance to both limit the positions for which background checks are conducted and delay such checks until later in the hiring process. The resolution to ban the box sets forth the city’s policy of conducting background checks only when “necessary to prevent conduct which might be detrimental to the health, safety, or welfare of the public, or to protect the city from conduct which might be detrimental to the city and its property.” For those positions for which background checks are required, the resolution states that no inquiry or check will occur until after a decision to extend a conditional offer to the applicant. If a background check reveals a conviction that potentially endangers public health, safety, or welfare or that of the city, the human resources department will notify the applicant and allow the submission of evidence of inaccuracies in the record, mitigating circumstances, or rehabilitation. The ordinance describes for which positions a background check is required as well as which past convictions would prevent a person from holding those positions. The ordinance provides that background checks for the positions described would be performed on all “final applicants” for those positions. The ordinance provides that a person with a record that includes one of the listed, related offenses will be given an opportunity to provide evidence of inaccuracy, rehabilitation, and mitigating circumstances. Thereafter, the city manager may in his/her discretion, allow an applicant to continue in the hiring process despite a misdemeanor or a felony conviction where the last date of incarceration/probation/parole occurred over seven years previously. Wilmington Resource – Wilmington Resolution to Ban the Box (May 1, 2018), available here.

Linn County, IA (Resolution Applies to County) On May 16, 2018, the Linn County Board of Supervisors adopted a resolution on “Inclusive Hiring Practices Concerning People with a Prior Criminal Conviction.”  The resolution removes conviction history inquiries from the county’s initial employment application and provides that the county must wait until after selecting an applicant for an interview before asking about his or her conviction record or conducting a background check. The resolution further provides for the individualized consideration of conviction history and urges those making hiring decisions to do so without regard for conviction history whenever possible. Linn County Resolution No. 2018-5-73 (May 16, 2018), available here

York, PA (Ordinance Applies to City) On May 22, 2018, York Mayor Michael Ray Helfrich signed an ordinance to codify the city’s fair chance hiring policy. The York City Council unanimously approved the ordinance on May 16, 2018. The policy removes conviction inquiries from the city employment application and requires the city to consider the public interest in ensuring access to employment for people with records when making hiring decisions. The ordinance also encourages private businesses to follow suit by removing conviction inquiries from their job applications. The ordinance took effect twenty days after the mayor signed it (i.e., June 11, 2018). York Resources City of York Ordinance No. 5 of 2018 (May 22, 2018), available here.

Johnson County, IA (Resolution Applies to County) On June 14, 2018, the Johnson County Board of Supervisors approved a resolution to ban the box from county job applications. The resolution committed the County to remove conviction inquiries from initial employment applications for county jobs, with the exception of positions requiring a full background check because of the nature of the work (e.g., law enforcement or positions working with vulnerable populations). The resolution further committed to requiring that an applicant is selected for an interview before the County asks about conviction history or conducts a required background check. Moreover, the resolution encouraged selecting applicants without consideration of past convictions, when possible, as well as considering individualized circumstances when evaluating an applicant’s record. Johnson County Resources Johnson County Resolution 06-14-18-05 (June 14, 2018), available here.

South Fulton, GA (Ordinance Applies to City and Contractors) On January 22, 2019, the South Fulton City Council voted (6-1-0) to approve an ordinance banning the box for city hiring and hiring by city contractors. The ordinance, proposed by Mayor Pro Tem Mark Baker, requires City employers to delay inquiries into criminal history until the applicant is being interviewed or the City determines the applicant to be otherwise qualified for employment. The ordinance requires all City application forms to state that, “in accordance with the City Code, criminal convictions are not a bar to City employment, provided, that the prior criminal activity is not directly related to the position being sought. 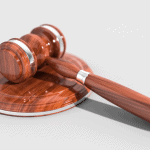 How to Protect Yourself from FCRA LawsuitsBLOG 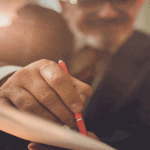 How to Read a Credit ReportBackground Checks, Banking & Finance, BLOG