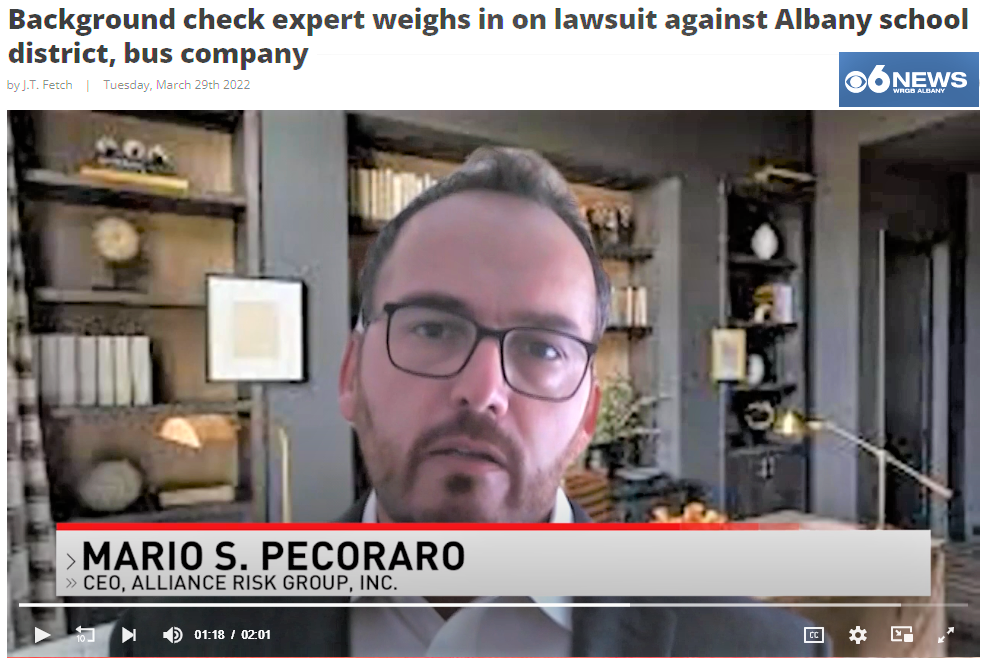 CEO Mario Pecoraro appeared on CBS 6 affiliate recently to weigh in on what more can be done to vet candidates who interact with children or are placed in positions of trust.

A civil suit was filed against a school and bus company after the bus monitor pled guilty to sex abuse. The suit alleges multiple acts over time on the bus against a 7-year-old boy with special needs.

An excerpt as reported online by WRGB-CBS 6:

“Outside of the traditional background screening, there’s new technology out there that allows you to look for other red flags, so I believe employers need to be more diligent in their process – tere was footage over multiple days within the bus, so outside of the pre-employment side, there’s also what level of due-=diligence is being done to really look at this footage,” said Pecoraro.

Pecoraro says he’s found companies need to focus more on the post-employment process. He says there can not only be negligent hiring, but also negligent retention after the fact.

Facts of the case

To view the full video that aired on WRGB CBS 6 Albany, click here: