In case you missed this article in our 9/30/16 Background Investigative Newsletter, it is reprinted here for your convenience!

Albany County in New York State is one of the latest counties to join the Fair Chance Act movement. County Legislator Samuel Fein introduced Local Law No. “N” on August 8, 2016 – “A local law of the County of Albany, New York, prohibiting Albany County Government from discriminating against potential employees based on their criminal arrest record or conviction.”  To read the full text of the law, click here.

The law, also known as the “Albany County Employee Fair Chance Act” became effective immediately upon filing in the Office of the Secretary of State. It applies to public employees who work for the County of Albany.

Here is a breakdown of other NYS Counties & Cities with Ban the Box/Fair Chance Laws and whether it applies to Private or Public Employers:

According to the NELP, over 100 cities and counties have adopted “ban the box” laws. There are a total of 24 states representing nearly every region of the country that have adopted the policies. Nine states have also removed the conviction history question on job applications for private employers. More jurisdictions are also adopting policies in addition to ban-the-box, such as incorporating the best practices of the 2012 U.S. Equal Employment Opportunity Commission (EEOC Guidance) on the use of arrest and conviction records in employment decisions. 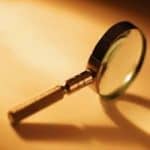