4 Things You Should Know About the Fair Credit Reporting Act 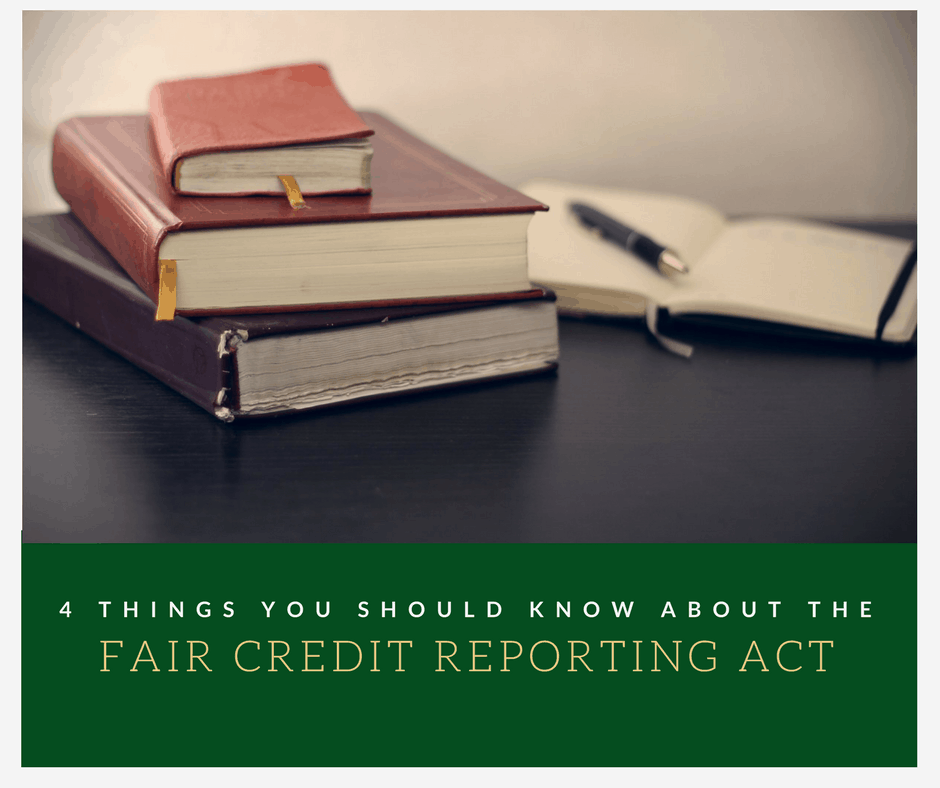 The FCRA, or Fair Credit Reporting Act, is a federal law committed to the accuracy, fairness and privacy of consumer information in credit reporting. Read on for four things you should know about the FCRA.

The Fair Credit Reporting Act was passed in 1970 by the federal government to regulate the use of personal information by businesses. Credit reporting agencies like Retail Credit Co. had been around since 1899, and by the 1960s, there was a growing sentiment that the public’s rights were being violated. At the time, credit reports were being used to deny the public opportunities and services, and consumers were not given the opportunity to view the reports for themselves.

The Consumer Credit Reporting Reform Act of 1996 instituted many updates to the FCRA. It also added allowances by companies to conduct pre-screening of potential borrowers and share credit reports with certain affiliates.

In 2003, Congress passed the Fair and Accurate Credit Transactions Act, which overrides some privacy protections at the level of various states. However, it also offers consumers the opportunity to receive a free credit report from each of the major reporting agencies annually so they can better monitor their own records.

In 2012, a correction to the Fair Credit Reporting Regulation V was published. This include several changes pursuant to the Dodd-Frank Act, including a transfer of oversight to the Consumer Financial Protection Bureau.

The FCRA requires that certain items not be included in a credit report or consumer report once a particular period of time has passed. For instance, the legislation contains a so-called “7-year rule,” which requires that civil suits, civil judgments, arrest records and paid tax liens be removed from a consumer report after 7 years. This applies to every state in the U.S. Some states actually go even farther with their regulations and do not permit reporting of these records at all. The 7-year rule does not apply to crimes.

Whenever a credit report is pulled or a credit check conducted, you as a consumer have the right to be told what information is included, whether it has been used to deny an application for a loan or a job and to dispute anything you know to be false. As a consumer, you are also guaranteed a reasonable expectation of privacy under the FCRA. The FCRA also oversees background checks conducted pursuant to employment applications or for things like apartment rentals and volunteer opportunities.

Want to learn more about background investigations and the FCRA? Alliance Risk Group is ready to help! Contact us today for guidance and to set up background checks for your company.

Are you interested in reading more about background investigations? We invite you to explore our other blog posts and whitepapers here.