The process server assault bill added a section to Senate Bill 2991 making an assault on a process server a Class D Felony. If the bill, which was delivered to Governor Cuomo on August 8, is passed, New York will be the 4th state to have this legislation, joining California, Florida and Illinois. Other states with proposed legislation include Arizona and Washington. The Governor has 30 days to sign or veto the bill.

The exact text of the bill that amends the penal law in relation to assaults upon process servers is as follows:

This act shall take effect on the first of November next succeeding the date on which it shall have become a law.”

According to the Promoting Assault Awareness and Protective Regulations for Servers (PAAPRS) campaign to support process server safety, over 100 assaults on process servers were tracked from 2012 through 2015.

The group currently has a petition to make assaults on a process server a felony in all states. 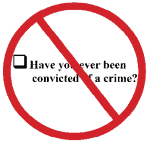