How to Protect Yourself from FCRA Lawsuits 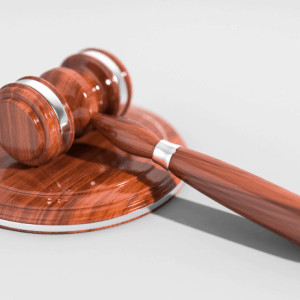 When conducting background investigations or ordering them for your company, it’s imperative that you follow the guidelines of the Fair Credit Reporting Act (FCRA). It is also critical that you understand other state and federal laws as they apply to the hiring process, including EEOC and FTC involvement. While you are likely familiar with the FCRA, which stipulates the fair treatment of consumer information in credit reports, consumer reports, and, by extension, background checks, many employers fail to understand the implications of neglecting to follow specific guidelines in the background investigation process.

The FCRA is a United States federal law, so there’s no wiggle room when it comes to properly abiding by its rules. The FCRA was designed to promote the accuracy, fairness, and privacy of consumer information in reporting. Essentially, its purpose is to protect consumers, who, it states, have the right to know what information is in their file, whether information in their report has been used against them, and to dispute anything contained within the report that they know to be false. A reasonable expectation of privacy is also promised to consumers under the FCRA.

Despite the FCRA’s seemingly black-and-white rules, it’s all too easy to find yourself in violation of the act. This is partially due to its many complexities, as well as to confusion surrounding its enforcement. All too often, major companies find themselves involved in class action lawsuits because of background investigations that violated, or are accused of violating, the FCRA.

If employers are found in “willful violation” of the legislation, potential employees are eligible to collect actual or statutory damages in an FCRA suit, the latter of which can range from $100 to $1,000. Costs to companies can be staggering, particularly when multiple parties are involved. Settlements in major cases have ranged from $2.5 million awarded to a major pizza franchise and $4 million to a national dollar store chain…to as high as $6.8 million against one of the nation’s largest supermarkets.

The decisions made in each of these cases can be used as precedent for future legal battles. Because of this, it’s important that companies conducting background investigations on employees or potential hires stay up-to-date on FCRA lawsuits and the implications of failing to follow the FCRA. Doing so can help to prevent them from making the same mistakes. Below are several recent instances of major legal battles that have transpired because of purported FCRA violations. It is important to note that these are strictly related to FCRA violations and do not take other factors into consideration including FLSA, EEOC, and other violations.

At the end of April 2018, one of the nation’s largest pet supply retailers reached a $1.2 million settlement with two job applicants who claimed that their rights under the FCRA had been violated. Plaintiffs Jacklyn Feist and Angelica Zimmer engaged in a two-year legal battle, arguing that approximately 37,279 job applicants were subject to the company’s alleged unlawful background check policies. They claimed that the retailer violated the FCRA by not providing a separate document disclosing its background check policy to individuals who would undergo a background check. This is one of the requirements of the FCRA.

If you are responsible for human resources or hiring decisions for your company, heed the errors made in this instance. You always need to ensure that the proper disclosure (both the process, as well as the format) is provided, which discloses specific obligations of the employer, as well as rights of an applicant during that process. Failure to do so is a blatant violation of the FCRA and can cause significant financial and reputational issues in the future.

At the end of 2017, an international car rental company paid out $2.7 million to settle a class action lawsuit originating from FCRA violations. The company had conducted background checks on job applicants but failed to properly follow rules regarding the reporting of past convictions.

The plaintiff, Angela Fuller, claimed that her 2015 background check violated the FCRA because it included a 1985 infraction that was erroneously listed as a conviction. Depending on your jurisdiction and the type of crime, consumer reports are only supposed to list convictions for the past seven years. The seven-year rule applies to all states for noncriminal convictions and to many states for criminal convictions.

As a company conducting background checks, the best way to combat this sort of problem is to know the FCRA and know your state’s laws for conviction reporting. Only make hiring decisions within the confines of those laws. Again, laws do differ for civil and criminal offenses.

In October 2017, a national home improvement chain narrowly dodged a significant class action lawsuit that alleged unlawful language in pre-employment screening waivers. The company was accused of obtaining personal information about job applicants from background check authorization forms that didn’t meet the FCRA’s specific procedural requirements. Though this could be deemed a violation of the act, the chain was able to argue that the plaintiff lacked legal standing for the suit, as she didn’t have anything that could be classified as a concrete injury. It is important that you are fully aware of strict procedure requirements and the implication on your company.

A recent class action lawsuit alleged that an international soda giant’s bottling subsidiary had engaged in a willful violation of the FCRA. The plaintiff claimed that the company obtained certain information about job applicants but failed to make the disclosures as required by the act. Part of the issue in this instance revolved around whether the disclosure was a self-contained document or whether it existed as part of another document. Under the FCRA, disclosures must stand alone to ensure that they aren’t missed. Though the company denied any wrongdoing, they agreed to settle the case for $1.2 million.

Examples of legislative decisions finding employers in violation of FCRA legislation are extensive, and it’s no wonder–hiring is complicated, positions need to be filled quickly, and the legalities of the Fair Credit Reporting Act are difficult to understand. Trusting pre- and post-employment background screenings to a dedicated investigative firm is an excellent way to mitigate risk and ensure you have performed your due diligence. 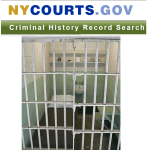 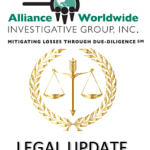 Latest States and Cities to Join the Ban the Box MovementBackground Checks, BLOG