Mario Pecoraro and members of the Alliance Worldwide Investigative Group team attended the Entrepreneur Organization – Albany Chapter event last night that was co-hosted by the Capital Region Chamber of Commerce and held at The Desmond in Albany, New York.

At the event, Mario was honored with the Leadership Vision Award by current EO Albany President, Jon Phillips, for his service as President from 2013-2014 and 2014-2015.

The event featured the dynamic and much sought-after speaker, Jack Daly, for a presentation called, “Hyper Sales Growth through Systems & Processes with Thirty Years of Entrepreneurship.” Jack is a proven CEO/Entrepreneur, having built six companies into national firms, two of which he subsequently sold to Wall Street firms Solomon Brothers and First Boston. He has presented to enthusiastic entrepreneur organizations and audiences around the world.

For more information or to apply for membership, go to www.eonetwork.org/why-join/apply-for-membership/ 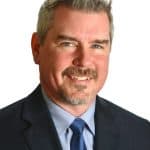